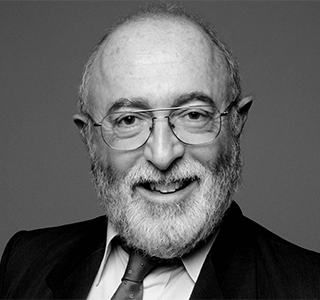 Philip has been a Consulting Principal with Keypoint Law since its Australian inception in May 2014.  He is an experienced intellectual property and technology lawyer, who has repeatedly been listed by Euromoney’s Best of the Best as one of the top IP lawyers in the world.  Philip is a former partner of Mallesons Stephen Jaques, where he was head of the firm’s acclaimed Intellectual Property & Technology Group.

Philip’s legal experience and technical expertise cover patent, copyright and trade mark litigation, electronic commerce, franchising, outsourcing, and food and drug regulation.  He also has an Australian Government Negative Vetting 2 security clearance enabling him to assist in cases involving classified information.  In addition, he has been a computer buff for over 41 years and is an experienced programmer.

Do you use a “.au” domain name? New rules are coming..

Philip is on the World Intellectual Property Organisation (WIPO) panel of neutrals for the resolution of intellectual property and technology disputes, especially those involving domain names. Euromoney’s Best of the Best has repeatedly listed Philip as one of the best information technology lawyers in the world. Philip is a renowned strategist in both commercial negotiations and commercial litigation, bringing his enormous breadth of legal experience and deep technical expertise to bear on activities as diverse as food and drug regulation; patent, copyright and trade mark litigation; franchising, outsourcing; electronic commerce and digital signatures. He is also an experienced angel investor and business mentor.

For over 20 years Philip played a key role in the selection and implementation of much of Mallesons’ computer technology and sophisticated communications facilities, and he can provide both legal and technical advice to clients who are supplying or installing information and communications technology.

Philip was a member of the Federal Attorney-General’s Electronic Commerce Expert Group and a member of the first auDA Names Panel that prepared the domain name eligibility and allocation policy for the .au space. He was also a member of the first auDA Competition Panel and he drafted the auDRP – Australia’s domain name dispute resolution policy. Philip is also inaugural Chairman of the Registrants’ Review Panel, established to resolve disputes between registrants and auDA over domain name cancellations. In Artificial Legal Intelligence, published in 1997 by Dartmouth Press, Philip is officially credited with having written the first legal expert system in Australia (which began life as his consumer rights problem-solving flowchart).

Philip is a Member of the Australian Institute of Company Directors, a Past President (and Honorary Life Member) of the Australian Computer Society and he speaks extensively on subjects such as alternative dispute resolution, professionalism, risk management, electronic evidence and record retention. Philip has appeared as an expert witness before Parliamentary hearings in relation to On-line Content Regulation, Cybercrime and Spam. In 1996 Information Age nominated Philip as one of the 50 most influential people in Australia in the information technology field, and he was awarded a ComputerWorld Fellow in 1997 for services to the Information Technology industry. He was recently recognised as Australian Internet and E-commerce Lawyer of the Year for 2014 in the international publication ‘Lawyer Monthly’ Legal Awards.

He is an elected member of the Executive of the Business Law Section of the Law Council of Australia, and is a past Chairman of the eCommerce Committee as well as being a member of the Competition & Consumer Committee almost from its inception. He is also a Past President and founding member of the New South Wales Society for Computers and the Law, and a long standing member of the Australian Corporate Lawyers’ Association. Philip is Chairman of the Law Society of NSW Legal Technology Committee and a member of the Dispute Resolution Committee as well as being a member of Australia’s National Standing Committee on Cloud Computing. He is also a director of the Mediator Standards Board, and is a former chairman of the Webcast Committee of the International Technology Law Association. For over 20 years Philip played a key role in the selection and implementation of much of Mallesons’ computer technology and sophisticated communications facilities, and he can provide both legal and technical advice to clients who are supplying or installing information and communications technology.

Philip qualified at the University of New South Wales for a Bachelor of Commerce (Information Systems) degree in 1975 and a Bachelor of Laws the following year. He is a barrister and solicitor of the Supreme Courts of New South Wales, the Australian Capital Territory, Victoria and Western Australia, a LEADR Advanced accredited mediator, a Fellow of the Institute of Arbitrators and Mediators Australia (IAMA) and was also one of the first mediators to be accredited under the National Mediator Accreditation System which came into force in 2008.  Philip acted as Mallesons’ Executive Director (Technology & Information) in 1996 and 1997, and chaired the firm’s Technology & Information Committee for many years. He was also editor of the Australian edition of Computers For Lawyers, first published in 1986 by Longmans. Philip spent 1982 as a Senior Associate in Mallesons Stephen Jaques’ New York office. He became a partner in January 1984 and led Mallesons’ acclaimed Intellectual Property & Technology Group for more than 15 years.